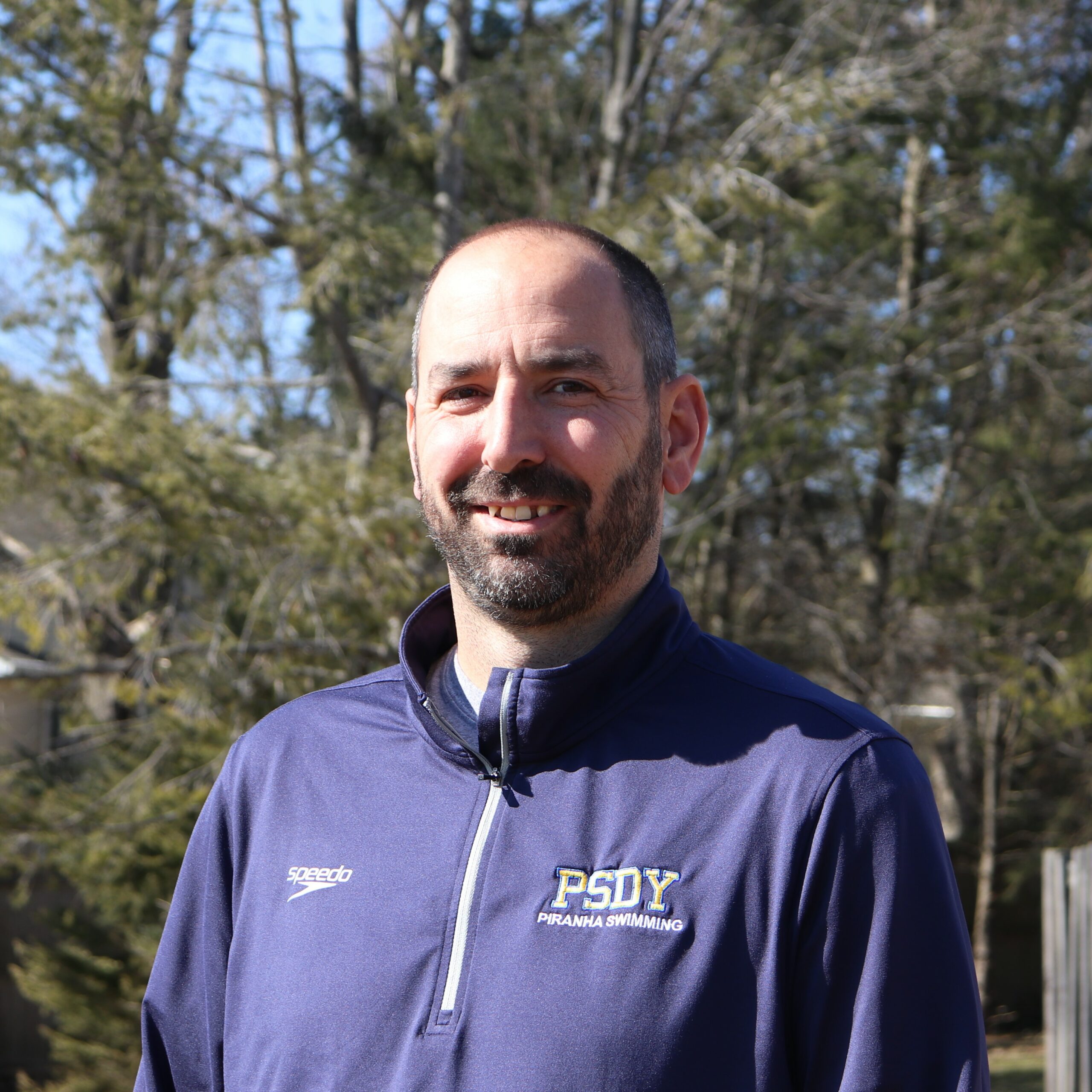 Jason Memont has been involved in competitive aquatics his whole life. He began as a swimmer at the Haverhill YMCA in Massachusetts when he was five years old, eventually competing at YMCA nationals. After high school he went on to compete and set school records at Rochester Institute of Technology in New York.  After graduating from RIT, Jason returned to Massachusetts and began his coaching career at YMCA of the North Shore for just under three seasons. After sending multiple swimmers to nationals and NCAA Division One programs, he began a long collegiate coaching career beginning at The College of William and Mary. In his three years at WM, the record boards were rewritten and he coached multiple conference championships. In 2007, the women’s team won the first ever conference team title.
After W&M, Jason coached for seven years as the Associate Head Coach at University of South Carolina in the SEC. Coaching highlights during that tenure include conference record holders, a World University Games participant, and two World Championship participants. One of his swimmers was also a 2012 US Olympic Team Trials Finalist and finished that year ranked within the top-50 rankings in the world of 200m Butterfly.
Following USC, Jason was named the head coach at UNCW in North Carolina. In his six seasons as the head coach the team routinely set school records and climbed the conference standings. He coached two US Open finalists in 2019 and many swimmers achieved NCAA B-cuts.
When not at the pool, Jason enjoys cycling and running as well as spending time with his wife, Tara, and their three dogs.

Amy, starting her 17th year of coaching with the Piranhas, is the Darien YMCA Aquatics Programming Director. Before joining the Darien YMCA, Amy coached and taught swim lessons at the Merrimack Valley YMCA in Andover, Mass. She was a competitive swimmer, diver and synchronized swimmer and is a graduate of Springfield College with a degree in Psychology. With the Piranhas, she works primarily with the youngest groups. She resides in Stamford with her husband Dan and their children Jessie, Mia, Samantha and Daniel.

Hilde, a current Darien YMCA Masters Swimmer and a 1991 graduate of St John University in New York, starts her 5th year of coaching with the Piranhas.   She was a scholarship swimmer at St. Johns in New York and graduated with a degree in Finance.  She is currently the COO of Helicopter Flight Services and an accomplished Masters swimmer.  Hilde has qualified for the Masters World Championship three times and was a double silver medalist at the Norwegian Masters National in 2015.  She currently resides in Darien with her husband John, and sons Andreas and Nicholas.

Carl, an accomplished open water swimmer, is starting his third year with the Piranhas.  He started his swimming career teaching cognitively disabled children while attending High School in Pennsylvania. He began his open water swimming career in 2011 at the age of 48.  Starting out with ocean mile swims, Carl has progressed to longer swims and crossings such as the Potomac River 7.5 miler, Europe to Asia (in Turkey) 4 miler and the 4.4 mile Chesapeake Bay Swim. He is a Darien YMCA member who continues to swim 4 – 5 days per week.  Carl, a field engineer, who has worked all over the world, has raised two children while residing in Pennsylvania.  He currently lives in the local area while working in New York City in high rise construction.

Jesse, a former Piranha and recent graduate of Wheaton College, starts her 2nd year of coaching with the Piranhas.  She graduated with a degree in Graphic Design and Fine Arts.  She was a four year member of the Wheaton Varsity Swim Team where she was voted captain her senior year.  An accomplished backstroker, she brings a wealth of youth and exuberance to the Piranha staff.  Jesse currently resides in Darien.